As hinted previously, Recalbox is now including around 150 free games with Recalbox 7.1.1. These free retro and retro-style games are fully approved, with distribution rights so that you can play them on any suitable device.

Now, “free” does not mean “worthless.” Some of these games are available on physical media, others are still protected by the copyrights of their respective authors. They are simply made available free of charge to Recalbox users, with the agreement of each of their authors.

How awesome is that?!

Recalbox 7.0 already included excellent free indie game ROMs for all manner of classic systems. From the Atari2600 to the Megadrive, via the NES, Super Nintendo, GameBoy, TI-80, ScummVM, Vectrex, MSX/MSX2, Amstrad and Commodore 64, a selection of excellent and completely free indie games recently developed on vintage consoles have been bundled. 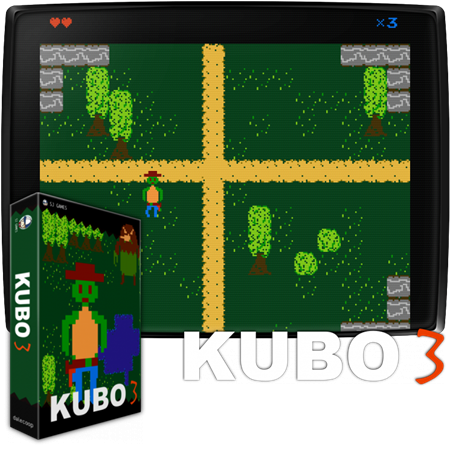 You’ll also find KUBO3. This is a NES game created by Seiji, a young indie developer who’s only 7 years old!

The Recalbox project team are very keen to focus on the incredible work of small independent developers. You’ll see why, too, when you take a few minutes to play Old Tower or Papi Commando on Genesis/Megadrive, Micro Mages (for up to 4 players, even via NetPlay!), Blade Buster, or Twin Dragons on NES.

Remember: our old consoles are not dead! So whether you’re playing on PC, Raspberry Pi, ODROID, RetroFlag GPi, or whatever, it’s time to upgrade to the latest Recalbox and enjoy free and legal retro gaming.