Hot on the heels of the Cotton Reboot compilation earlier this year, Panorama Cotton and Cotton 100% are getting their own re-releases for Switch and PS4.

Available from October 29th, 2021, both games are brought to you by Strictly Limited Games. 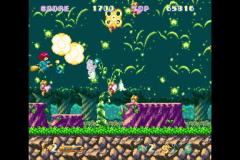 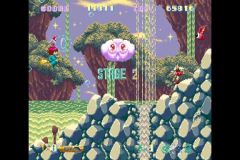 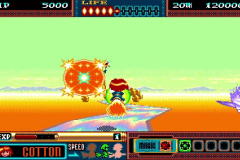 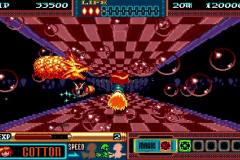 An addictive, pseudo-3D rail shooter, Panorama Cotton adds an intriguing new twist to the Cotton franchise. When a burnt willow suddenly appears in the Queen’s garden, the behavior of her highness begins to get stranger and stranger. Cotton and Silk go on a journey to find the evil willow burner and bring an end to the disaster. This was originally released on the Sega Mega Drive/Genesis in 1994

Cotton 100% was originally released on the Super Famicom/SNES in 1994, followed by a PS1 release in 2003, and is an ideal entry point to the Cotton games. It’s based on the original Cotton: Fantastic Night Dreams.

You’ll be able to pick up both games as digital and physical releases for the Nintendo Switch and PlayStation 4. Strictly Limited Games are also releasing Cotton 100% is also available as a SNES/Super Famicom cartridge, while Panorama Cotton has a Sega Mega Drive/Genesis cart. Check the Strictly Limited Games online store for details and current prices.