United Games Entertainment and Taito have announced the release of the Taito Egret Mini II arcade cabinet for home use.

United Games Entertainment exclusively distribute and sell Taito’s titles in the West (digital and physical) and have agreed on special content and features that make the Taito Egret II an unmissable purchase for retro gaming fans. 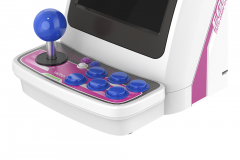 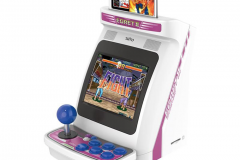 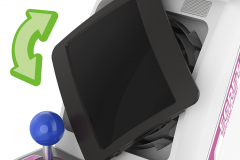 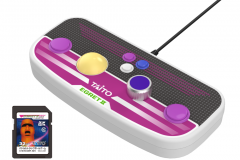 A faithful miniaturized version of the original Taito Egret II arcade machine, it comes with an amazing 40 pre-installed games. This list includes classics such as Space Invaders, Lunar Rescue, Bubble Bobble, Darius Gaiden and many more.

Along with the 40 pre-installed games on the console, 10 further games can be added. This is possible thanks to the Egret II mini Paddle and Trackball Game Expansion Set, (pictured above, sold seperately), which includes an SD card with Strike Bowling, Arkanoid, Plump Pop and seven other Taito classics.

This adds up to an incredible total of 50 games of various genres, from 1978 to 1997 that will be available with the launch of the EGRET II mini!

Scheduled for release in the New Year, the Taito Egret II mini is already creating a buzz in Japan. We’ll let you know when it will hit shelves in the UK as soon as the date is announced.