Ever fancied owning your very own 24 carat gold Wii? Of course you haven’t; nonetheless, now you know it’s an Actual Thing, you’re oddly tempted to invest in this curiosity. Yes, you can buy a unique gold Wii console that was owned by Queen Elizabeth II — but it’s going to cost you some $300,000.

The gold console is up for sale on eBay, and  we imagine you have questions too. Let’s run through them, shall we?

What are you talking about? You’ve got some attitude, mister. In 2009, THQ commissioned this one-of-a-kind golden Nintendo Wii, and delivered it to Buckingham Palace, ready for the Queen to play, alongside the game THQ was promoting at the time:  BIG Family Games. (Yes, that game is included in the eBay listing.) As such, the username is “THQ”. The console then hit the collectors’ market, although we don’t know if Her Majesty sold it, pawned it, or what exactly happened for it to fall into private hands. In 2017, Donny Fillerup, co-founder of consolevariations.com, bought it and is now selling it on. 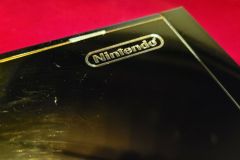 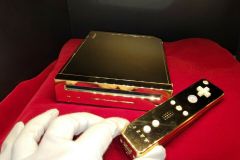 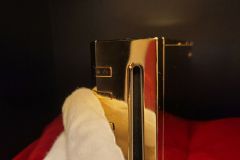 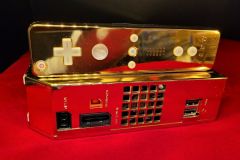 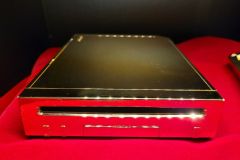 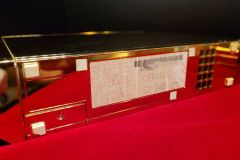 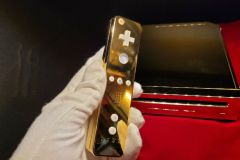 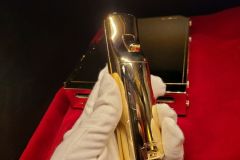 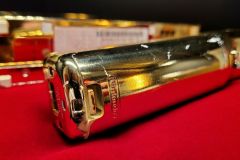 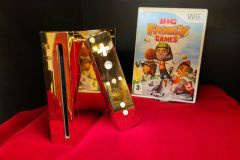 Why’s he selling it? He apparently just feels it’s time to part ways. The money is also a helluva incentive. “The reason why I am selling it is simple: Moving on with life,” said Donny. “I’ve been in one place for my whole life, it’s time to get my own place. At times it has been difficult for me to have free time or relax. Lately it’s all CV and my daily job. When I come home, I don’t get to spend a lot of ‘me time’ so I would like to take the step and move on.”

Okay, I’m thinking about buying it. Is shipping free? No. He’s listed it as $1, but as it’s located in Utrecht in the Netherlands, we’re sure it’ll cost you more than that. There are no customs charges though, so that’s something.

Nah, $1 is too excessive. This Wii has got to be a serious upgrade though, right? Wrong. It’s a standard Wii, with 8 GB of storage capacity and 480p resolution. It’s just that it’s gold. It’s on the 3.2E Firmware, and the hardware itself remains in good condition. I mean, it is gold.

But it’s much heavier? Oh, naturally. It’s 5.2 lb, whereas a normal Wii is 2.7 lb. You probably expected heavier, but just think of the poor Queen having to lug it from the en suite bathroom on the far right wing to the reception area, then back again.

Surely she’d have a servant to do that? Fair point.

Wait, did the Queen actually play it? Probably! Donny notes that “The Wii-mote has some wear on the bottom. My guess is that it was actually used at one point.”

What?! Well, we know Liz II has a favourite Wii game.

Get outta here. That’s not strictly a question.

Fine. I’ll ask what you want me to ask.What’s the Queen’s favourite Wii game? Wii Sports. She likes the bowling.

Oh. I thought you were leading up to a gag. No, no, she actually did enjoy Wii Bowling. The monarchy has a history of dealing with splits, 7-10 or otherwise. Hence Harry and Meghan.

Philip Bates is the co-founder and editor of The Doctor Who Companion. His most recent books are 100 Objects of Dr Who, and The Black Archive: The Pandorica Opens/ The Big Bang. His first console was the SNES and he’s been an avid fan of Nintendo ever since (with brief sojourns into the realms of the PlayStation).