The Wonder Boy Collection is out now for Nintendo Switch and Sony PlayStation 4.

To my knowledge, my only experience of playing and of the Wonder Boy games was on the original arcade back in the 80s/90s. I may have had exposure to the later RPG-esque entires in the series, but in all honesty, I wouldn’t have recognized them as the same game.

Wonder Boy is an odd series. Starting off as a sensible platformer with a character than needs to much fruit to keep his health up, the series later pivoted into a Zelda-esque RPG, combining side scrolling platform action with buying equipment, weapons, and armour, and chatting to characters for clues. I’m certain I’d have found this odd back in the 1990s, where anything console-based was anathema to me (Sony PlayStation and Nintendo 64 aside), but with the passing of time, I think it’s quite a nifty way forward.

Which brings us to the Wonder Boy Collection from ININ. Available in several editions, the one you’re probably going to want is the easily purchased collection of four Wonder Boy/Monster World titles.

The version reviewed is the basic £49.99 Wonder Boy Collection for the Nintendo Switch, which like the PS4 version includes the most essential titles from the series: 1986’s Wonder Boy, Wonder Boy in Monster Land from 1987, Wonder Boy in Monster World from 1991, and Monster World IV, which doesn’t actually feature a Wonder Boy character and instead focuses on Asha. As you might expect from retro titles on current hardware, you can rewind and fast forward and save at any point. There are also filter and shader options for creating a more authentic retro gaming experience, as well as a gallery of art from the included games. 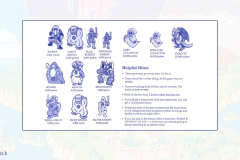 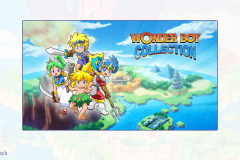 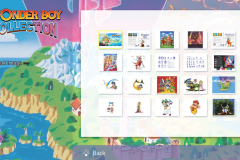 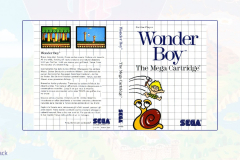 It is worth highlighting that the basic collection available boxed and as a download, is accompanied by limited and collector’s edition versions from Strictly Limited Games, again for Nintendo Switch and PlayStation 4. The Wonder Boy Anniversary Collection features six games, adding 1988’s Wonder Boy III: Monster Lair and Wonder Boy: The Dragon‘s Trap from the following year to the other four games. This collection also includes console ports from arcade, Sega Master System, Mega Drive/Genesis and other versions, resulting in 21 ways to play Wonder Boy.

The Collector’s Edition, meanwhile, features an acrylic diorama, soundtrack collection, art book, card game, collector’s coin album, and a few other bonuses. Finally, the Ultra Collector’s Edition includes all of the above plus a special music box, character game ends – sort of bookends for games – and an extensive Wonder Boy soundtrack. These are limited runs, the price and details for which you’ll find at strictlylimitedgames.com while stock lasts.

So, what about the Wonder Boy Collection and its four games? Well, before you choose a title to play, you’ll see the usual ININ menu screen. This is where you select the game to play or view the included art files, which are quite nice to have. Each of the four games has its own sub-menu, with the save and load state options likely to get the most use. Six save states are available with each game in the collection.

Starting the first two games requires the addition of credits. These appear to be straight ports of the arcade version, and adding a credit isn’t adequately explained if you’re a bit of an impatient button clicker like me. I soon worked out that pressing the left thumbstick on the Switch controller added credits, and it wasn’t long before I was back in the arcades 30-odd years ago, attempting to manipulate the character into moving and jumping at the right time, combatting the degradation of cola sugar, bubble gum, cigarette ash, and who knows what else on the machine.

Of course, on the Switch, it’s a far more responsive experience. ININ has plenty of experience in porting classic games and tuning them perfectly to the hardware (see, for example, its Turrican Flashback collection).

If you prefer the look of a CRT and a more traditional arcade-style square display, the filter and shader settings designed to make this happen are easily configured. The controls can also be adjusted, should the thumbstick credit system or some other function you find quirky demand to be changed. 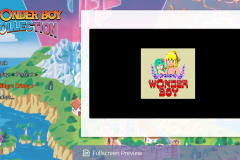 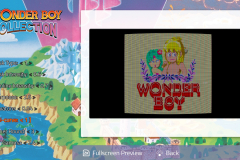 You’re probably not going to spend money on Wonder Boy games if the series holds no nostalgia for you. But in terms of servicing the needs of retro fans and afficionados of Wonder Boy and Monster World, ININ and Strictly Limited Games have once again provided in the Wonder Boy Collection a sumptuous feast of games, extras, and physical goods that truly celebrate the title concerned.

You can order the Wonder Boy Collection via ININ Games. Special editions are available from www.strictlylimitedgames.com but hurry as they’re running out!